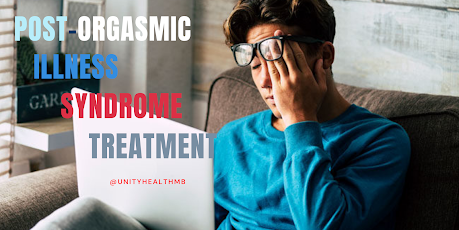 Post orgasmic illness syndrome treatment is done symptomatically. There is no fatal condition with this illness but it does hamper the life quality of men and women. The symptoms and certain tests are used for diagnosing POIS. Some symptoms disappear within one week on their own. Some are seen immediately after the ejaculation and lasts for few hours. Some occur always after ejaculation happens.

It is considered to be an autoimmune or disorder caused by allergic reactions in men’s semen. In females, this illness is rarely observed as there are very few cases reporting such symptoms. The reasons or causes of POIS symptoms are unknown but there are many propositions like chemical reaction or imbalance happening in an individual’s brain.

The symptoms of POIS are seen in certain parts of the body. The common symptoms include poor concentration, fatigue, improper speech, muscle pain, muscle weakness, fever, congestion, mood swings, flu, sore throat, cough, muscles stiffness, shivering, or light sensitivity. Headache-like symptoms like heaviness in the head, headache, and dizziness, bad taste in the mouth, or burning of eyes are other symptoms.

The information about the treatment is very less but it is reported to be treated with antihistamines, SSRIs,  benzodiazepines. Certain therapies like hypo sensitization have been successful as it involves reduction of immune response to the allergen. 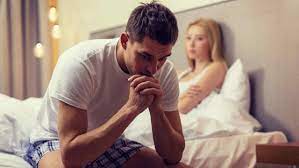 Dr. Almog Gal’s Unity health offers unique consultations and experiences to individuals. They have been successful in linking various symptoms with hormonal imbalances. Their specialty lies in weight loss, digestion, detoxification, stress, or fatigue. Genetic testing, cardiovascular assessment, and EDC testing are some of the services offered by this clinic.

Are you looking for post-orgasmic illness syndrome treatment ?   Well, before moving ahead with the treatment let's understand more abou...

Unity Health
At Unity Health we've linked many symptoms to Hormone imbalance and Endocrine Disrupting Compounds. With proper Hormone Replacement Therapy and EDC Protocals Dr. Gal has been successfull in treating Orthostatic Hypertension, Idiopathic Hypersomnia, and Post Orgasmic Disorder, Hyperthryoidism, Hypothryoidism, and many of the symptoms that go along with these diagnosis.